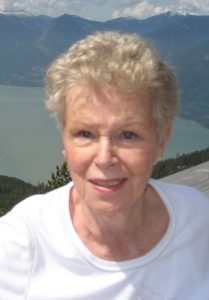 Sonia graduated from St. Joseph’s Convent and Notre Dame Academy, Charlottetown and went on to a career in nursing. She graduated with a nursing diploma from St. Elizabeth’s Hospital, Boston in 1960. After nursing in New York City, she returned to her studies and received a Bachelor of Nursing, McGill University, in 1964. Looking for adventure, Sonia, with a St. Elizabeth’s classmate, drove from Boston to San Francisco, where they nursed for two years. In 1966, Sonia returned to Prince Edward Island and was Nursing Instructor and later Director of Nursing, Hillsborough Hospital, Charlottetown. Later she was Director of Staff Development and Training, PEI, Civil Service Commission. During this period of her career, Sonia received a MSc (Nursing) Boston University (1972); served as President of the Association of Nurses for Prince Edward Island, and as a Board Member of the Canadian Nurses Association.

She consulted with schools of nursing internationally on the development of nursing curricula, including the University of Jordan, in Amman and the Peking Union Medical College Hospital School of Nursing in Beijing.

Sonia had an infectious laugh and a kind & mentoring spirit which she lent to all her endeavours. Over her professional career, Sonia had numerous publications and received honours and awards including the Award of Excellence in Nursing Research – Registered Nurses Association of British Columbia and an Award for Accreditation Review Excellence from the Canadian Association of Schools of Nursing. She liked to travel, ski & hike and be as one with nature.

Sonia will be missed by family and friends and will be remembered for her honest, caring, industrious and fun-loving nature.