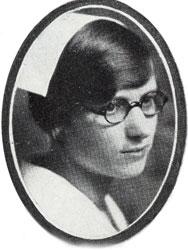 Muriel Upshall, nickname “Uppy”, was born in High River, Alberta on September 18, 1906. The family moved to Vancouver and Muriel attended Queen Mary Public School and Prince of Wales High School. She enrolled in the combined UBC/VGH nursing program in 1924, graduating from both in 1929.

Following graduation, she worked for the provincial Board of Health in Nanaimo for seven years before becoming the first public health nurse supervisor appointed by the Richmond School Board in 1936. Her salary was $150/month with a car allowance of $30. She was responsible for Bridgeport and Sea Island, assisted by UBC graduate, Eileen Williams BASc(N) 1936. They started two Child Health Centres and initiated tuberculosis home visiting. A program of preschool health supervision was also started at the Japanese kindergarten in Steveston. Remaining in this position for less than a year, she left to become the public health nurse at UBC’s Student Health Services. In 1950, her title was changed to Nursing Supervisor at a salary of $285/month. 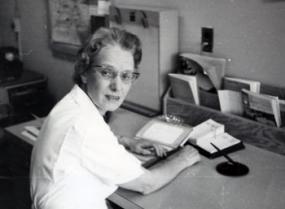 During her time at UBC, she saw the Student Health Service grow from occupying a small army hut near the Administration building to one of the largest and most extensive in Canada, serving a student population of 14,534 in 1964. In 1951 the Health Service moved into the newly constructed Wesbrook Building. Services which previously had been preventive in nature, now encompassed a 26-bed infirmary, a clinical laboratory, and X-Ray unit. The Health Service was responsible for the control of communicable diseases on campus and now included psychiatric care.

Muriel described her role as: “In addition to giving direct care, the nurse must act as interpreter, teacher and advisor, being acutely aware of the young adult’s problems as many students are away from home for the first time….In addition to her educational and professional qualifications, the nurse who is to work in a University Health Service must be carefully selected on the basis of a mature, warm personality.” 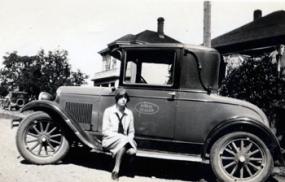 Many students who visited the Student Health Service during the period 1937-1971, would have met and been cared for by Muriel Upshall. She retired in 1971 and had a full and exciting life hiking and traveling to places such as Greece, Australia, New Zealand and Fiji.

Muriel died on August 12, 1989 at Amherst Nursing Home. A Muriel Upshall Memorial Scholarship fund has been endowed in her memory by friends and colleagues. Two $175 awards are open to both graduates and undergraduates and are made on the recommendation of the School of Nursing.

Written by Ethel Warbinek, BC History of Nursing Society