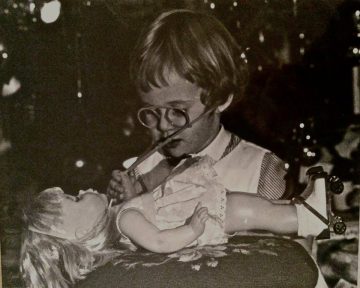 Born in Moscow, Idaho in 1964, Molly grew up in North Vancouver before coming to UBC, first for a Biology degree.  After a year in Sciences and a few years working at the Vancouver Aquarium, she found that it was the interaction between people and animals that she enjoyed most, and she re-enrolled to enter the BSN Program.  Although never intending to pursue a life’s work in Behavioural Health, the first turning point in her career happened when a spark of intrigue was lit by Mental Health instructors Sally Thorne and Kathy McIndoe, so disregarding the common advice of the time to “work a year or two in Med-Surg” after graduation, she immediately took a position in Behavioural Health. She was so effective in her first nursing position as staff nurse in the Acute Mood Disorders and Neuro-Psychiatry Inpatient Unit at UBC Health Sciences Centre Hospital, that within just over a year she was made head nurse of that unit. In 1990, she left that role to begin her MSN studies, supporting herself with short term clinical teaching at Douglas College and the UBC School of Nursing, as well as clinical work as Community Mental Health Nurse at the Strathcona (Downtown) and Mount Pleasant (Midtown) Teams of the Greater Vancouver Mental Health Services Society.

Molly’s fascination with both mental health and animals led to her decision to conduct master’s level research in this new and emerging area. With the support of a competitive Canadian Nurses Foundation Addison Wesley Award (1992), she designed and conducted a survey and quantitative analysis of the mental health and influence of pets among 500 Vancouver and Victoria ninth-grade students. Her dissertation was entitled “Household Pets and Depression Among Urban Adolescents.” The project was supervised with great enthusiasm by Dr. Marilyn Willman, who by then was in the final year of her Directorship of the School of Nursing. The MSN program being so much more than the thesis, the second turning point Molly’s career came when she was placed in the Community Clinical Nurse Specialist stream, as she was the only Psych student at the time. Molly credits Ray Thompson as being instrumental in encouraging her vision of population-based mental health nursing. 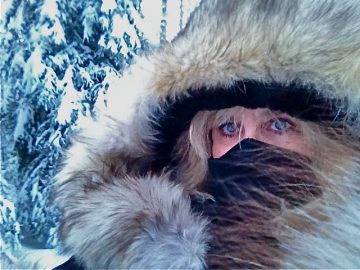 Following graduation with her MSN degree, Molly became a Clinical Nurse Specialist in Mental Health at Burnaby General Hospital, a role in which she was responsible for mental health consultations, program planning, educational, and research endeavours. This position involved substantial emergency room work, community liaison, and regional mental health planning activities. Molly considers her work in the Burnaby General ER as a third turning point in her career, noticing how vitally important it was for our first responders to maintain their own mental wellness.  She was instrumental in establishing a regional Critical Incident Stress Management program for health care providers and first responders.  During these years, she also held a Clinical Assistant Professor position at the UBC School of Nursing, supporting instruction, supervision and preceptorship for undergraduate and postgraduate students in a variety of areas having to do with community and mental health nursing. 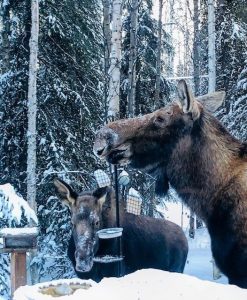 In 2001, Molly relocated to Fairbanks, Alaska, as her husband had accepted a faculty position there. He tragically sustained a traumatic brain injury in 2006, which their marriage did not survive. She nonetheless decided to stay in Fairbanks and continue to raise their son. She worked briefly as a middle school nurse with the Fairbanks North Star Borough School District while awaiting the credits for her Canadian MSN CNS education to be accepted by the Alaskan Board of Nursing towards an Advanced Nurse Practitioner license in Psychiatry. She then held positions as an advanced nurse practitioner in mental health (2003-2008) at the Fairbanks Community Behavioral Health Center, an interdisciplinary out-patient setting in which she conducted psychiatric evaluations, mental health care planning and ongoing treatment, including pharmacotherapy and supportive psychotherapy for clients with a full range of chronic and acute mental health concerns. During this time, she also established a primary consulting practice, Martial Health Consulting, through which she delivered mental health educational services, critical incident stress management classes and interventions for the community, and psychiatric consultations. In 2008-2012 she shifted her practice to an acute in-patient setting, Fairbanks Memorial Hospital as an Advanced Nurse Practitioner in Mental Health. 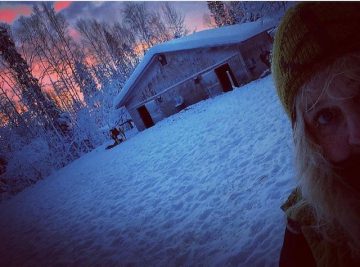 In 2012, Molly was recruited by the US Department of Defense (US Army, MEDDAC) for its Embedded Behavioral Health Unit for the 1st Stryker Brigade Combat Team in Fort Wainwright Alaska. Here again, she served as an Advanced Nurse Practitioner (Psychiatry), providing psychiatric evaluations, mental wellness education, pharmacotherapy, and supportive psychotherapy in outpatient and emergency settings. However, the client population she has served in this role, which she continues to this day, are Active Duty US Soldiers with the Stryker Brigade who demonstrate a range of mental health concerns, the most prevalent of which are anxiety, PTSD, insomnia, attention, mood and adjustment disorders. This role also involves liaison with military Chain of Command to ensure optimal mental health for the whole of this combat brigade. In Molly’s words, “I reflect often in my current role, how much Ray Thompson and the CNS Community Stream taught me in the nursing care of populations as I assess as to whether an individual is mentally fit for duty.  Keeping not only the needs of the individual and their family in mind, but also the needs of their team, squad, platoon, brigade and battalion. I smile when I think of the story of how the Army first approached me with a job offer based on the work I have done in the community, and my initial response was, “I’m Canadian and I don’t even own a gun”. To which their reply was “Diversity only makes us stronger, Ma’am”, and I laughed, knowing I had just been caught out on my own preconceived stereotypes.” 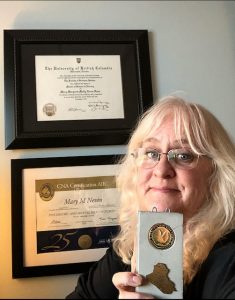 With her Canadian credentials proudly displayed on her office wall along with a memento that one of the soldiers brought back from Iraq and gave to her. It is made out of a dismantled t-wall, where the missile hit just outside the soldier’s sleeping quarters in the middle of the night. He thought Molly would like “a piece of what saved their lives.”

Deeply embedded in the Fairbanks community, Molly’s contributions have been recognized by a number of service and excellence awards. In 2006, she was named “Support Person of the Year” by the Interior Fire Chiefs Association, in 2007 and 2013 received the Advanced Practice Nursing Excellence Award by the Interior Alaska Nurses Week Association, and in 2008 the National Alliance of Mentally Ill (NAMI) Community Service Award for crisis intervention team training with Alaska Law Enforcement. She provides annual educational in-services for the staff of the Fairbanks Food Bank regarding communication and crisis intervention techniques for the most vulnerable in the community. Most recently, in 2019, she was also honoured with a Commander’s Coin for Excellence in Clinical Practice, by the United States Army.

Reflecting back on her life from her home in Fairbanks Alaska, where she practices martial arts and lives with her 23-year-old engineer son, two dogs and two horses, Molly says she thinks of her career path as “more quirky than amazing.” “Certainly if I had told my 22-year-old Canadian self that in the future I would be living in Interior Alaska (where it gets to -40° in the winter and moose wander through my yard to peak in my windows), providing Mental Health Nursing care as a civilian for the US Army, I would not have believed it. I know now though, that it has been the foundation and role models from the UBC School of Nursing, that fostered flexibility and astute critical acumen, so that when opportunities have presented themselves, I have been able to step through those doors with excitement and confidence, and for that, I am truly grateful.”