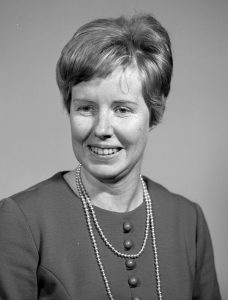 After obtaining a Bachelor of Arts degree from the University of British Columbia in 1953, Barbara entered the UBC nursing program and graduated with a Bachelor’s degree in nursing in 1955. Her first nursing position was in Bella Bella, an aboriginal settlement on the northern coast of British Columbia. She then nursed with the Victorian Order of Nurses providing home care. Following a position with a large general hospital as an acute care nurse in a medical surgical unit, she taught medical and surgical nursing, pediatric nursing, psychiatric nursing, and community nursing courses at both the Vancouver General Hospital School of Nursing and at BC Institute of Technology. At some point along the way, Ms. Kozier also obtained her Master of nursing at the University of Washington. 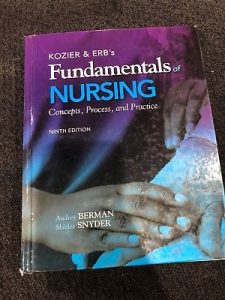 For much of the rest of her career, she was lead author for what evolved into an extensive series of nursing fundamentals texts, many of which remain required textbooks in nursing programs in Canada and internationally in updated editions today. Although a very private individual in her personal life, Barbara Kozier’s name is widely recognized as a world leader in conveying the complex fundamentals of nursing to generations of new nursing students across the world.

In 1967, she and Beverly Witter DuGas (BA ’45) co-authored the first edition of Fundamentals of Patient Care: A Comprehensive Approach to Nursing and in 1972 an edition was published entitled Kozier-DuGas’ Introduction to Patient Care: A Comprehensive Approach to Nursing. In 1977, Introduction to Patient Care: A Comprehensive Approach to Nursing was published with the co-author order reversed to DuGas & Kozier. From 1983 onward, Introduction to Patient Care: A Comprehensive Approach to Nursing was authored by Beverly DuGas, first as sole author, then in various forms with a series of other co-authors, including in 1999, UBC faculty member Lynne Esson (DuGas, Esson Ronaldson, Nursing Foundations: A Canadian Perspective (2nd ed.). Scarborough, ON: Prentice Hall). Around that same period, Fundamentals of Nursing, which became Kozier’s most popular and long-lasting text, also began (its second edition, co-authored with Glen Erb, was published in 1984). Over the years, Kozier and Erb (and eventually a number of additional co-authors) continued to bring out new editions of that text, with its accompanying Procedures Supplements, Clinical Handbooks, and Workbooks. She also published related texts for different nursing education markets, including Techniques in Clinical Nursing (Kozier & Erb, 1989), and Concepts and Issues in Nursing Practice (Kozier, Erb, & Blais, 1992) and Professional Nursing Practice Concepts and Perspectives (Kozier, Erb & Blais 1997). Various publishers, including by Addison-Wesley, Prentice Hall, and Pearson Educational, vied for the right to publish various editions of her many texts over the years. Today, the Fundamental’s text, now in its 10th North American edition (authored by Berman, Snyder and Frandsen) is still officially entitled Kozier & Erb’s Fundamentals of Nursing. There are international editions, Australian editions and editions for the Arab world still in regular production – many still featuring the name of Barbara Kozier even though her active involvement in the writing and production has long since ended. And, regardless of the current authorship in any particular edition, the text is still colloquially referred to as “Kozier” throughout the nursing education universe. Thus, Barbara’s name has become a global reference point for excellence in nursing education fundamentals.

During her professional life, Barbara was a member of three honor societies: Sigma Theta Tau (nursing), Pi Lambda Theta (education), and Delta Sigma Pi (Canadian Honor Society for University Women), and she was a member and a chair of many nursing and government committees.

Barbara passed away in 2017, following which it was learned that she had made a generous bequest to Early Music Vancouver.