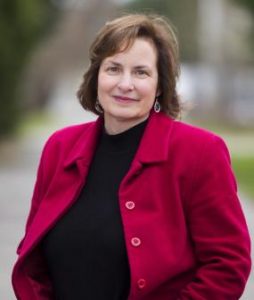 Professor Doctor Kelli Stajduhar (MSN ’95, PhD ‘01) began her nursing career in 1986 with a nursing diploma from Misericordia General Hospital’s School of Nursing. Though she was a qualified and practicing nurse, Kelli felt there was still more for her to learn, and so she moved immediately into a Bachelor of Science in Nursing at UVic, a degree she obtained with distinction in 1990. By 1995, Kelli had moved across the Georgia Strait and had added a MSN with distinction to her CV. The pursuit of her MSN was only the beginning of her career with UBC as next came Kelli’s PhD – achieved, once again, with distinction. Kelli attributes her continued pursuit of further education to the teachers and mentors who inspired her. She maintains that in every program she attended there was at least one instructor that made a great impact on her personal growth and her career as a student, practicing nurse, and researcher.

Kelli wrote her PhD thesis on the “social context of home-based palliative caregiving”. This interest in palliative care has continued throughout her career with work in fields such as oncology and gerontology. It was Kelli’s experience working in hospitals that founded her passion for palliative care. She was “struck by how poorly we cared for dying people and their families” and wanted to change this. Kelli sees her work in palliative care as a means to give her patients dignity and do justice to the nursing profession by dedicating herself to a regularly overlooked area of care.

Kelli began teaching in 1995 as a sessional undergraduate instructor at the University of Victoria. In 1997, she moved to the University of British Columbia to work as a teaching assistant for the next two years. Kelli has been at the University of Victoria since 2001, the same year that she was granted the title of Post-Doctoral Fellow at the UVic Institute on Aging and Lifelong Health. She has climbed her way through the teaching ranks from Adjunct Assistant Professor to Assistant Professor to Associate Professor to full Professor in 2014. From 2008 onwards, she brought her wealth of knowledge to the students of UVic and Curtin University of Technology simultaneously. Between UVic and UBC, Kelli has personally mentored 59 graduate students and has taught 23 different courses. In 2017 she became a Fellow of the Canadian Association of Health Sciences. 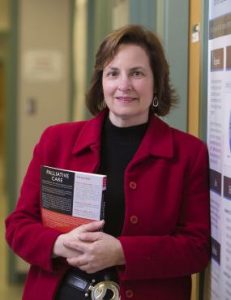 Outside of education and hands-on care, Kelli has had great success in research, participating in countless projects as well as winning the Excellence in Nursing Research Award from both the College of Registered Nurses of BC and the Canadian Association of Schools of Nursing. Dr Stajduhar has conducted research funded by the Canadian Institutes of Health Research (CIHR) on equitable access to end-of-life care, specifically focusing on the experiences of the homeless and financially insecure, offering them a dignity that they are not always afforded. Through her research, she has either authored or co-authored 183 publications including two referred books and three non-referred. As her notoriety in the nursing community grows, Kelli has been conducting more and more addresses, both keynote and plenary. Kelli admits that this intense workload can prove hard to balance from time to time, but she tries to focus on what’s most important in her life. In her own words, her two children – a nine year-old and a twelve year-old – keep her “sane, humble, and on track”. Doing everything she can to be a good mother to them brings the balance to her life that she needs to work effectively.

To this day, her love of everything about the world of nursing drives Dr Stajduhar. Through all her extensive contributions to the realm of academia, Kelli tries to avoid the ivory tower. She cites her core passion as serving her patients and says that “sometimes, in academia, we can lose sight of [this passion] – our egos get in the way”. She tries to ground herself in her practice roots and her many years working with the amazing nurses that have inspired and challenged her throughout her career. To student nurses and new graduates, she offers simple advice: “work really hard, follow your passion and do something you believe in. It will sustain you.” She also passes on the best advice that she has ever received from a mentor: “hold on tight, and never lose sight of the core reasons [you] went into nursing in the first place”.

Looking into the future, Kelli plans to continue on her research journey in palliative care, striving to promote care to some of society’s most vulnerable. And she plans to spend more time with her kids, and cross a couple things off her personal bucket list.