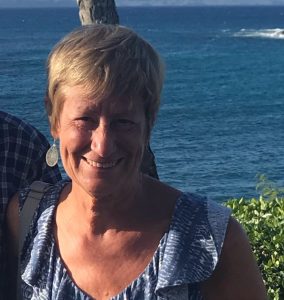 Carol Jillings (MSN ’77) is an Associate Professor Emerita with the School of Nursing.  During her time as a student in the MSN program, Carol was privileged to have studied under the guidance of key individuals in the School of Nursing:  Dr. Margaret Campbell, Rose Murakami, and Verna Splane. Their perspectives on nursing knowledge, curriculum development, and health policy shaped Carol’s activities within the School and in her professional contributions across the university and within the communities of nursing education and cardiac care.  These notable teachers and mentors encouraged her to value the importance of context and the application of knowledge in new, and often paradoxical, situations. Carol’s thesis supervisor, Helen Elfert, supported her research using the qualitative method grounded theory, an approach well-suited to studying the psychosocial aspects of cardiac illness but relatively new to the world of nursing research.

In her doctoral studies at Union University, Carol found the freedom to employ another relatively new approach to research:  participatory action research. In the early nineties, this was a fairly revolutionary method in health research, but it was an ideal vehicle for studying chronic cardiac illness and health policy.  This foundation led the way for the supervision of scores of graduate students in nursing and related disciplines within UBC and other academic institutions.

Throughout her career as an educator, Carol taught in the undergraduate and graduate programs and participated in curriculum development and implementation, serving in Associate Director, Acting Director, and Program Coordinator roles in several contexts. She served the University as a member of Senate and Graduate Council and participated in curriculum committees at these levels, including a role as chair of the Faculty of Graduate Studies curriculum and new programs committee. In BC, Canada and abroad she provided curriculum consultation and served as a team member for numerous program reviews at provincial and territorial levels; she also served three years as an external consultant to Hong Kong University’s nursing program.

Carol loved her career in academic nursing because the landscape was ever-changing and she had numerous opportunities to pursue her goals and take in multiple roles in the School and University. She maintained a focus on cardiac nursing that allowed her to enter the realms of client education/health promotion, policy and advocacy in leadership roles with the Canadian Council of Cardiovascular Nurses and as a volunteer with the Heart and Stroke Foundation of Canada.  She served as chair of the HSF Board of Directors in BC and Yukon and at the national level (and was an Olympic torchbearer on a team with her HSF colleagues); she learned a great deal from these larger perspectives on patient care, research and policy development. Cardiac care was always combined with her “alter ego” focus on nursing education, and she also served in several capacities withe the Canadian Association of Schools of Nursing (CASN), the Registered Nurses Association of BC, and the UBC Faculty of Graduate Studies and Senate.  Carol’s publications and local, national, and international conference presentations reflect her sustained interest in the psychosocial aspects of illness and in the education of nurses.

Carol is the recipient of the Killam Teaching Prize, the RNABC Award of Distinction, the CASN Ethel Johns Award, and the Heart of Gold volunteer award from the Heart and Stroke Foundation of BC & Yukon.

Carol is enjoying retirement and the opportunities it provides for travel, gardening, reading and hanging out with the grandchildren. She has taken the opportunity of “free time” to read about and explore several aspects of music, including jazz and musical theatre and is relishing the critical and feminist perspectives found therein!