Carol graduated from the Victoria Hospital School of Nursing in London Ontario in 1966. After moving to Vancouver, she worked at St. Paul’s Hospital as staff nurse and head nurse on surgical units. She advanced her career completing both an undergraduate (BSN 1974) and Master of Science in Nursing (MSN) at UBC. After graduating with her Masters, she became Director of Care at GF Strong Rehabilitation Centre. She went on to UBC hospital as a Patient Services Manager for the medical units and then moved to VGH. 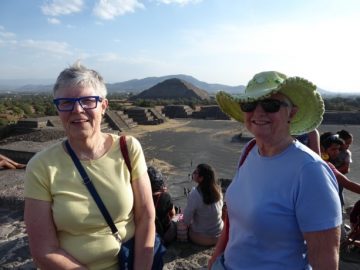 Carol was a nursing leader who knew where she was going and what the change involved, and she invited others to join the journey. In 1999, she became the first Patient Services Manager for the ACE (Acute Care for Elders) Units at VGH. The ACE journey began when Carol led a restructuring process that changed three Family Practice Units (64 beds and more than 100 staff), to become the Subacute Medical unit and the ACE unit. She established an ACE Committee where staff could share ideas about the new unit. She inspired people to join in an innovative approach that was based on research and shared purpose. Through the ACE Committee, Carol moved towards greater involvement in decision-making and fostered collaboration between nursing, medicine and the interdisciplinary team. Each person felt valued for their contribution. She actively demonstrated that using a collaborative approach contributes to quality, patient-centred care.  She led the ACE Committee towards a consensus in a philosophy and mandate. At that time, this was almost revolutionary!  Carol supported the team to work towards the shared outcomes by trusting the process. Despite challenges, Carol remained positive while supporting, respecting and assisting each nurse to make a decision regarding work schedule based on their values and best interests. She cared deeply for the individual circumstances of all nurses and did everything she could to help them with their concerns while, at the same time, upholding professional standards and collective agreements. She was committed to the value of each nurse, the quality of work-life, and professional nursing practice. She also had a great sense of humour which she used effectively to lighten a situation and to convey appreciation. The ACE unit remains today, a model for elder care in Canada and around the world and it is a genuine tribute to Carol’s nursing legacy. 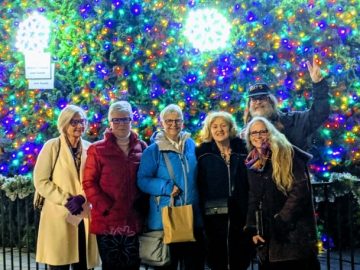 Carol was also deeply committed to St. Andrews Wesley United Church and contributed her gifts to just about every committee and volunteer position from Ministry and Personnel, Pastoral Care, Camp Spirit, the music library and in representing the church at presbytery, to name but a few. When she retired from nursing in 2002, she volunteered her skills with the Red Cross and First United. Her kindness and generosity were widely shared. Carol left a legacy to St. Andrews Wesley United Church, UBC School of Nursing and the Registered Nurses Foundation of B.C. She was a true supporter of the UBC School of Nursing and a regular participant at Alumni events over the years.

Carol had a zest for life enjoying worldwide travel, maintaining strong friendships and professional connections. Carol and her travel buddy, Ann Hilton, did extensive travel around the world. Their friendship began when Ann had students on Carol’s surgical unit in 1974. Carol was often seen sailing in Ann’s sailboat visiting the scenic Gulf Islands and San Juan Islands or just out for a day sail. Their tours of Turkey, Cuba, England, Mexico, Newfoundland, Portugal, Haida Gwaii, cruising the Danube and seeing the fall colours from Quebec City to New York highlighted their love for seeing the world. Carol became well versed in playing bridge and always had a love for the symphony and opera. Her many, many friends miss her presence and her spirit for life.