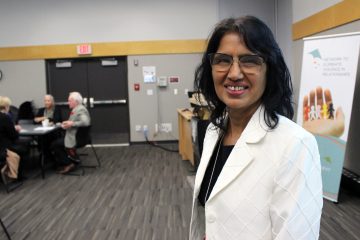 Dr. Balbir Gurm (formerly Sandhu) is a tenured clinician, global thinker and visionary leader, having forged a solid foundation for nursing leadership and clinical expertise since the beginning of her career upon graduating with a UBC Bachelor of Science in Nursing in 1983. During that time Balbir was President of Nursing Undergraduate Society where she laid down the groundwork for initiatives in diversity, inclusion, and equity.  She later went on to complete two additional UBC degrees — her Master of Arts in 1990 and her Doctorate in Education in Educational Leadership and Policy in 2004.

Balbir’s clinical background extends from cardiac surgery to nursing leadership and clinical education. She has been a dedicated and committed educator and innovator expanding awareness for public health, health promotion and the social determinants of health. Identifying many needs in cultural, racial and gender safety, awareness, and advocacy, Balbir has been a leader for start-up projects such as the South Asian Advisory Committee to the Canadian Cancer Society; she has been appointed to various community Boards of Directors and played a leadership role in organizing various outreaches such as South Asian Health Fairs and the Theeyan event to celebrate girls.

Balbir’s commitment extends beyond the healthcare profession to a deep devotion to community building.  As Parent Advisory Council President, she advocated for healthy eating in schools, which resulted in sugary soda pop being eliminated from vending machines and an article in the Canadian Association of Principals (CAP) Journal. She was recognized with a volunteer leadership award from the Canadian Cancer Society.  Balbir has advocated and led in underserved areas like breast health (self-exams, HIV, heart health and diabetes) and has published health promotion articles. She has tried to influence the City of Surrey by being a member of the Diversity Advisory Committee, and as founding editor-in-chief of Transformative Dialogues: Teaching and Learning Journal, has created an inclusive safe space for educators to share ideas.  She also served on local non-profit boards such as President of Virsa and Moving Forward Family Services Society to create equity and inclusion in organizational processes. 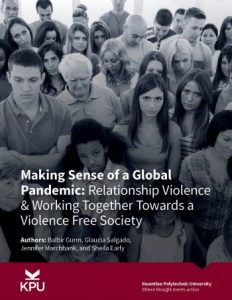 Her deep concern for the public health issue of relationship violence, violence between two or more people of any age who know each other, led Balbir to form the Network to Eliminate Violence in Relationships (NEVR). NEVR brings academic knowledge to service organizations and community members, advocates for better services and policy change in order to create a violence free society.  NEVR has over 100-member organizations and recently Balbir, with colleagues, published a free e-book Making Sense of a Global Pandemic: Relationship Violence & Working Together Towards a Violence Free Society in order to bring together critical understandings on types of relationship violence in all age groups and all spaces.

Balbir’s volunteerism spans the globe.  As the Chair of NEVR, she has led it from a small group of like-minded individuals to a diverse group of individuals and organizations who work towards a common goal of eliminating violence in relationships.  She leads by example, with dedication, commitment, equality for all members and an open forum for fruitful discussions.  The well attended NEVR conferences held annually are an example of NEVR’s success as an active, vibrant organization.  She is working with colleagues in Peru to translate the book into Spanish so it can be available to more people. As well, she has presented to colleagues at universities in Thailand and Brazil and international conferences to create a global community. As vice-president of Canada India Education Society, she helped evaluate a hospital in India, create a strategic plan and train staff to improve healthcare standards.  Balbir served as an invited member for the BC Coroner Service death review panel on intimate partner violence homicides for 2010 to 2015. She was invited to provide closing remarks for an international education conference.  and been an invited guest speaker at BC Chiefs of Police and Police Victim Services of BC Annual Conferences.

For her selfless community leadership, Balbir has received numerous honors and awards: 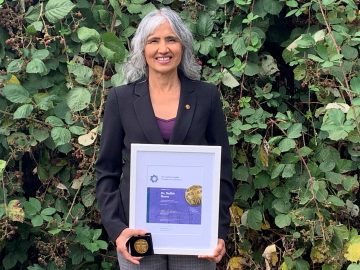