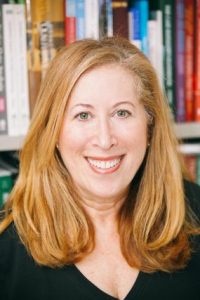 Dr. Paula Kagan, known internationally for her powerful contributions to social justice theorizing in nursing, comes by her convictions honestly.

Born in Detroit, Paula was raised her podiatrist father and her mother who was a 1st Lt., Army Nurse Corp WWII and Public Health Nurse during her early formative years. She took to activism early (pictured here in an anti-war protest during her Detroit years). Beginning college as an art student in 1969, she dropped out in 1972 and drove across Canada, where she landed in Vancouver and remained until 1980. She was accepted to Vancouver School of Art but did not attend, and instead made jewelry in an old West End warehouse with folks from the Deluxe and Kool-Aid communities. Remembers frequenting the memorable watering holes of that era — the Yale, the Cecil, the Garage and Rohan’s. And ultimately, she spent the spring and summer of 1974 as a commercial salmon fisher(wo)man aboard her boat Sister.

The end of the fishing season triggered another course change and Paula was accepted into the UBC School of Nursing. She has wonderful memories of those years including what she considers the lasting influence of some remarkable professors. Highlights among those mentors she recalls were professors Barbara McGuire (psychiatry) and Gunal Veriglu (community nursing), Gloria Joachim, whom she greatly admired, and Ethel Warbinek. Most vivid of all are her memories of her first UBC professor, “the incredible Betty Johnson,” for her warmth, intelligence, encouragement. She will never forget the lasting impact of being told by Betty, in the context of the “process recordings” they were to conduct about interviews with real people that she was an “excellent listener.” She so clearly remembers the big red bound CINAHL volumes that were being used in the library to access reference information at that time. And she believes she always carried with her the values and vision embedded in the UBC Model for Nursing as well as the importance of research and scholarship. In a recent keynote lecture she delivered to a scholarly audience, Paula included mention of the thing that UBC taught her first – in nursing we foster, nurture, advocate, and teach.

Paula’s UBC years are packed with memories, many of them attached to the remarkable people with whom she crossed paths. She has never forgotten Julia Levy, who taught the nursing students “Microbio” and William Hoar for “Bio.” She spent a year working as a volunteer with Perry Kendall (later BC’s Chief Medical Officer), who was a close friend through the 70s, at Pine Free Clinic along with Katherine Mooney with whom she remains close. 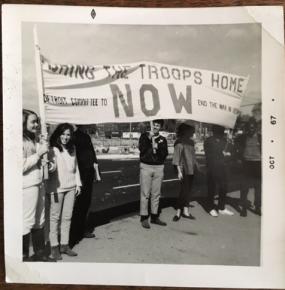 Although Paula left Canada shortly after graduation with her BSN in 1979, she returned on occasion over the years in conjunction with her scholarship. In particular, she recalls attending a conference series that had been established by Colleen Varcoe and Annette Browne, at which she, Peggy Chinn and Marlaine Smith talked about a new book project that they were developing, which was ultimately published in 2014 as Philosophies and Practices of Emancipatory Nursing: Social Justice as Praxis. In addition to Colleen and Annette, several other UBC Nursing faculty contributed chapters to that book, including Joan Anderson and Sally Thorne. That anthology project, in which Paula had taken the editorial leadership role, ultimately won the American Journal of Nursing Book of the Year for 2015 Award in two categories and remains an highly regarded resource for the profession.

Returning to the USA in 1980, Paula acquired multifaceted experience in the hospital, the community, and the health insurance industry working in diverse areas such as psychiatry, drug dependence, women’s health, cancer clinical trials and reproductive endocrinology.

In the middle of raising her two children with her husband, Howard, Paula launched her career as a scholar, completing an MS (with distinction) in 2000 at DePaul University, and a PhD in 2004 at Loyola. Her research for those two degrees focused on “Women Being Heard” and “Feeling Listened To.” Joining the De Paul faculty in 2004 as an Assistant Professor, she then began to immerse in the study of nursing activist JoAnn Ashley and took up social justice theorizing with a passion. Not only did she immerse in scholarship in this field, but she also integrated a critical social justice lens into all of her teaching. About a decade ago, she created one of the first electives for DePaul’s new LGBTQ program, entitled “Lesbian Health Matters,” and developed and taught a graduate nursing elective on “Health at the Margins” for several years. In addition, she taught “Principles of Epidemiology” through the use of historical nonfiction and sometimes historically based fiction. Continuing in her longstanding creative style, she shot footage and conducted interviews for a (still unfinished) documentary of “Cassandra: Radical Feminist Nursing Network in the 1970s”, and wrote a scholarly paper on the importance of nurses creating documentaries. Over her years at DePaul, Paula has continued to express that activism and social justice vision in a wide range of activities, including serving as an affiliated faculty (for nearly 20 years) with the DePaul’s Women’s and Gender Studies Program, ultimately serving as Interim Chair for a year in 2014-2015) and serving over that same extended time period on DePaul’s Women’s Center Board.

Having been tenured as Associate Professor in 2011, Paula’s passion for social justice shines through in all that she does. She continues to develop ideas and initiatives that reflect innovation and a desire for radical social change. Paula’s publications, for example, include such titles as Innovation in Nursing: Only Radical Change will Do and Catastrophe and Response: Expanding the notion of self to mobilize nurses’ attention to policy and activism. And she continues to speak out on public policy matters where an informed nursing voice can make a difference (e.g., “Dear Young People: Please Sign Up For ObamaCare” in US News and World Report, January 24, 2014). The title of her invited Keynote Address at the 2018 Association of Women’s Health, Obstetrics, and Neonatal Nursing (AWHONN) is “A Call to Action – Moving Toward Social Justice Practice and Emancipatory Nursing.”

Paula’s remarkable career exemplifies the relational and social action vision that she found at the UBC School of Nursing in the 1970s. She has made, and continues to make, a powerful contribution to the profession and to the wider world, standing up for those who need an advocate, and shedding light on those at the margins of society. The UBC School of Nursing is incredibly proud to call her an alumnus.