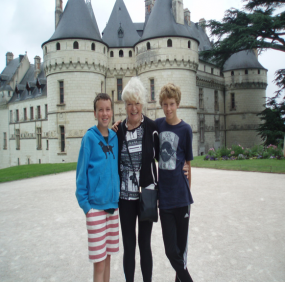 Ann-Shirley grew up in Trail. She received her BSN from UBC in 1960 and her MSc from Ohio State University in 1977. She later studied for her doctorate at UBC 1990-92. Her first work experience was at VGH during her 5th and final year of her baccalaureate. After graduation she travelled to her first graduate work experience at the Children’s hospital in Cincinnati where she soon became an assistant head nurse. After this experience she worked as an instructor, clinical nurse specialist in pediatric oncology and administrator in a variety of institutions, including as an instructor at the University of Cincinnati and assistant professor at Ohio Wesleyan University where she was one of six faculty who organized and introduced the new school of nursing as the first professional program in this liberal arts institution.

As Vice-President of Nursing at the Children’s Medical Centre in Dayton, Ohio she pioneered the role of clinical nurse specialist. In 1983 she received a joint appointment as Vice President of Nursing at BC’s Childrens Hospital and adjunct professor at UBC’s School of Nursing where she helped to establish the Clinical Nurse Specialist Program and Sigma Theta Tau, the first nursing honour society in Canada which is based on the American model. She also designed the first Nursing Research Centre at UBC with Director Marilyn Willman, again based on a model she brought from the USA.

Her research in pediatric oncology focused on the psycho-social adjustment of children to the hospital, and on the client family and child during the hospital experience and afterwards. Her primary goal was to establish care by parent units in the USA to support psychological needs of children and families. As a practitioner and educator, her concern was for strong theory-based practice and standards implementation.

Her professional involvements included presidency of ACEN (Academy of Chief Executive Nurses of Canadian Teaching Hospitals), President of the Vancouver Metropolitan chapter of RNABC as well as Vice President of the Canadian Nurses Association.

She went on to consult in many developing countries in Eastern Europe, Russia and South America; helping to build governance, management and fiscal independence, particularly after the dissolution of the Soviet Union in 1991 and the monetary downturn of 2008. She retired in 2017.

Ann-Shirley enjoys cycling at home and abroad with her husband Rob. Recently she went cycling in the Loire Valley, France with her two grandchildren — have a look at the photo!