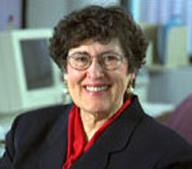 Marilynn Jean Wood (Marnie) MPH, DrPH, RN was born October 4, 1936, in Vancouver BC, her parents were both Scottish. Alexander Wood was born in Lossiemouth, Scotland and Catherine Zelpha Wood was born in Vancouver of Scottish parents. Zelpha was an outstanding bagpiper who was the Canadian Champion in 1934. She was also a Highland dancer and had her own School of Highland Dance in Vancouver. She gave up the School after the birth of her second child but continued to teach a few students at a time for many years thereafter. Zelpha was renowned as a teacher and some of her students reached the level of competing for the World Championship in highland dancing. She was an influential member of the Scottish Official Board and often entertained visitors from Scotland who came to judge dancing and to administer medal tests to Canadian students. Zelpha became a judge of highland dancing and was in great demand internationally as a judge. Marnie was taught by her mother and won her first dancing awards at age two. At age ten, however, Marnie developed a serious kidney infection and was unable to dance for several years as a result. Marnie was fortunate to recover fully from this illness, thanks to her mother’s excellent care. She did not, however, return to highland dancing.

The Wood family moved to Prince George in 1950, where Alex became a partner in a hotel. Subsequently, he acquired hotels in Abbotsford, Hope, and Vancouver. The family moved to Abbotsford in 1953, where Marnie completed high school, graduating in 1954. While in Prince George, Marnie had successfully auditioned for the Elgar Choir of BC, under famed conductor Charles Findlater. She toured the UK with the choir in the summer of 1954 and met many of her Scottish relatives.

After returning from the Elgar Choir tour, Marnie completed the courses for first year at UBC in Abbotsford. The following year she entered full-time study in the School of Nursing at UBC, graduating in 1959. In 1960, she moved to Southern California where she practiced nursing at UCLA Hospital. Marnie spent over 25 years in California, working in nursing and nursing education.

In the late 1960s, she was awarded a United States Public Health Service Traineeship, and completed a Master’s degree in Public Health at UCLA, specializing in gerontology. She continued on to complete a doctoral degree in Public Health, with a focus on both gerontology and biostatistics, graduating in 1971. Meanwhile, she gained invaluable experience working in home-care in the Los Angeles area. When her doctoral dissertation was completed, Marnie accepted a position with the School of Nursing at UCLA as an Assistant Professor of Nursing. She was appointed Chair of the Allied Sciences Section shortly thereafter. At UCLA she taught graduate courses in research methods and nursing administration. In 1978, she was given an Outstanding Faculty Award by the graduate students.

While at UCLA she met Pamela Brink, who was also teaching research methods. At one time, the two were assigned together, to teach a class of over 100 graduate students. It was during the teaching of this class that the two of them came up with the idea of teaching research based on asking a question. They asked students to formulate three questions about a topic of interest to them. These questions were “What,” “What is the relationship,” and “Why.” This occurred during the first class. Students struggled over their questions, wrote them out, and handed them in. In the second class, they received feedback and were able to revise the question. Ensuing classes focused on developing the question into a research proposal. From this experiment, Brink and Wood developed a prize-winning text entitled Basic Steps in Planning Nursing Research. (The second edition of this work won the American Journal of Nursing Book of the Year Award in 1984.)

Marnie was a founding member of the UCLA Nursing Honor Society, later the Gamma Tau Chapter of Sigma Theta Tau, the international nursing honour society. She was the principal Investigator of a USPHS grant to develop an interdisciplinary program in gerontology ($500,000) together with colleagues from Public Health.

In 1979, Azusa Pacific University recruited Marnie to be the first Dean of their newly formed School of Nursing, which offered a BSN degree in nursing. This turned out to be a fortuitous move, since being central to the inner workings of a small university gave her an excellent understanding of how universities work and one that proved over time to be accurate no matter what the size or nature of the university. At Azusa Pacific she taught research methods and initiated a new Masters’ program in nursing. In addition she fostered the development of the Iota Sigma chapter of Sigma Theta Tau, the International Nursing Honors Society. In the meantime, she and Pam Brink began writing an advanced text in nursing research for use in graduate programs and Advanced Design in Nursing Research was published in 1989.

Marnie travelled to Edmonton, Alberta in 1986 to attend an International nursing research conference at the University of Alberta. The following year she received a letter from the university inviting her to apply for the position of Dean of Nursing. She subsequently accepted the position. At the research conference, the Faculty of Nursing had announced the approval of a doctoral program in nursing, which would be the first in Canada. In a year, however, no progress had been made toward implementation of the doctoral program. Instead, it had been tied to a request to the government for extensive funding for additional faculty positions, student funding, space and equipment. This request had been ignored by the government. The mindset in the Faculty of Nursing at the time was one of defeatism. Marnie changed that and before long a spirited campaign was underway to obtain the necessary funding for the PhD program. Support was found in a number of places. The Alberta Nursing Education Administrators group in the province was very supportive, as were students in the various nursing programs. In the meantime Alberta nurses were limited to obtaining doctorates in other disciplines, such as education, sociology etc. or travelling to the US for a nursing program. However, the faculty in both university and college programs were aware of the need to have doctoral degrees to teach in their respective programs and many had already enrolled in part time programs. The ongoing culture, however, supported the continuation of diploma education. It was well entrenched in Alberta, as in other jurisdictions, and diploma faculty members believed that they were the only ones who produced nurses for practice. Baccalaureate nurses understood theory, they said, but did not get enough experience to be good practitioners. This mindset began to change as the Nursing Education Administrators were challenged to develop a new baccalaureate program, one that would have a strong theoretical base but would produce excellent practitioners as well. This task created a great deal of excitement, and each program director (or dean) appointed their best curriculum experts to a task force to create this new program. The Alberta Department of Advanced Education was strongly opposed to such a move. Government officials were accustomed to operating on a “divide and conquer” basis when dealing with nursing leaders and they soon found it impossible to do this. In fact, the numerous hospital and college diploma programs in the province began speaking with one voice on issues of nursing education.

Meanwhile, a strong lobby group for the PhD program was formed from the current Masters’ students wanting to continue through to doctoral education in the discipline of nursing. This group included Ginette Rodger who had given up her job as Executive Director of CNA and moved to Alberta because she wanted a PhD from a Canadian program. In the fall of 1990, Marnie and her executive made the decision to admit six graduate students into “special case” PhD programs. These students were able to enroll in two of the courses that had been approved for the doctoral program. This was a controversial decision, which many said would insure that the actual program would never be funded. Fortunately, this was not the outcome.

The Task Force for Collaborative Nursing Education, in the meantime, was working through the Nursing Education Administrators group to create a new baccalaureate program. The outcome of their work was a proposal for a collaborative program in which the diploma programs in central and northern Alberta would offer the first three years of the degree program and the students would transfer to the university to complete the last year of the program. At the same time, all four years of the program would be offered by the University. A pilot program using this model was approved between the U of A and Red Deer College, and a proposal was submitted to expand this project to include the diploma programs at Grant MacEwen college in Edmonton, the college programs in Grande Prairie and Fort McMurray, and the hospital based programs at the Royal Alexandra, University and Miseriacordia Hospitals. The University of Calgary soon proposed to offer a similar degree program in collaboration with Mt Royal College and Foothills Hospital. This was followed by a similar proposal from the University of Lethbridge and Medicine Hat College. These initiatives meant that all nursing students in the province would be in degree programs, up from the 20% current at the time.

After a few months of intense lobbying by all nurses in the province, the government finally approved these two programs. In the last week of December 1990, the PhD in Nursing program was approved and funded, as was the Collaborative Program. These two proposals were formally approved on January 1, 1991 and the programs began immediately thereafter. The six “special case” PhD students became the first students in the new program. Both the Collaborative program and the PhD in Nursing program were the first such programs in Canada.

The remainder of Marnie’s tenure as Dean of Nursing in Alberta was spent developing and fostering nursing research at the university and increasing the international reputation of the Faculty. She recruited and hired many excellent faculty members who brought a high level of expertise to the Faculty in addition to strong programs of research.

A group was formed within the faculty to assist with developing nursing education in Ghana. Faculty members travelled back and forth to Ghana until the Ghanian faculty was able to carry out a basic degree program and were able to start their own Masters’ program. This partnership with Ghana has continued until the present, and a PhD program has just been started in Ghana. Other initiatives that started and flourished under her leadership were the Development of the Institute for Qualitative Methodology, and Development of a Centre for Philosophical Nursing Research

Development of the Health Sciences Council, made up of the Deans of the Health Sciences Faculties:  Nursing, Medicine, Dentistry, Rehabilitation Medicine, Nutrition Science. Marnie chaired this Council for several years, and it assumed a vital role in the administration of the University. When her term ended, the Faculty of Nursing was at an all-time high in terms of research dollars and enjoyed a strong international reputation for the excellence of its programs.

Over her career, she contributed a number of books and articles to the field of nursing.​​