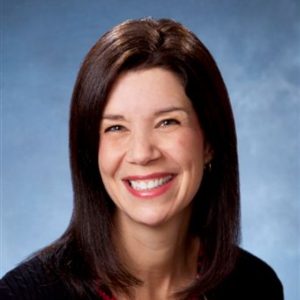 Christine Sorensen (nee Wilgosh) graduated with Honours from the UBC School of Nursing in 1989.  After a brief term in acute care in Kamloops, Christine pursued a career in Public Health.  Following two years in Clearwater, Christine transferred to her home town of Kamloops where she coordinated Injury Prevention strategies and STI/HIV testing and treatment for the South Central Health Unit.  In 2001, Christine developed the BC Center for Disease Control’s provincial pilot for the care and treatment of people with Hepatitis C in the community.  By 2006, Christine had shifted her focus to become an advocate for children with severe disabilities and worked as a Nursing Support Services Coordinator until 2010.

With a growing interest in advocacy work, Christine became involved with the BC Nurses’ Union first as a union steward, then as a Regional Chair for the Thompson North Okanagan area (2010-2012), then as the Union’s Vice President (2012 -2017), then as Acting President (2017-2018) and finally, as the President (2018 – present).  Christine is passionate about public health care policy and health system transformation.

Christine was selected in 2015 as one of 250 Canadians chosen to attend the Governor General’s Canadian Leadership Conference.  This honour is bestowed every four years to those leaders who are expected to change the future of Canada.  Christine has been a Trustee on the BC Public Service Pension Plan (2010-2017) and has been involved with the BC/Yukon Children’s Wish Foundation. Christine is the mother of two young men and is of Metis heritage. She shares her time between her hometown of Kamloops and Vancouver and loves to travel throughout Europe.