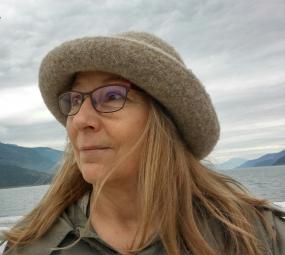 Star Mahara showed her leadership in nursing very early in her career. As part of what was then known as the “two plus two” program at the UBC School of Nursing, Star “bridged out” with an RN diploma in 1977, gained some clinical experience as a staff nurse and subsequently re-entered to obtain her BSN in 1980, all the while continuing to work in rehabilitation nursing at Holy Family Hospital in Vancouver.

In her final undergraduate year, Star was Nursing Undergraduate Society (NUS) President, and a fierce advocate for nursing and women’s rights. Those were the years in which UBC Engineering student antics were notoriously sexist and often lewd in character. According to Glennis Zilm and Ethel Warbinek in Legacy: History of Nursing Education at the University of British Columbia, 1919-1994), the Engineering Undergraduate Society (EUS) published a newspaper “in which they caricatured women and children in denigrating and disgusting ways. Women on campus objected strenuously both to the publication and to the traditional Lady Godiva Ride, and the Nursing Undergraduate Society was among the most outspoken protesters against the pornographic portrayals.” As retribution for the complaints she had raised on behalf of the NUS, the EUS then published a “nEUSletter” targeting Star by name in a demeaning manner and including her correct home phone number, after which she was the victim of serious threats to her safety. With Arlene Francis, then vice-president of the law students’ association, Star launched a Libel suit against the EUS. According to the Ubyssey (March 11 1980), “Since then, the EUS has been reprimanded by women’s groups outside the university, by the administration, the committee of deans, applied sciences dean Martin Wedepohl and some engineering students.” While this celebrated event did not immediately stop the Lady Godiva Ride, it brought the attention of the wider community to the issue of sexism on campus, and galvanized a number of engineering students (and faculty and administration) to take major steps toward changing the engineering student culture. According to Legacy, by the early 90s, it was apparent that engineering students had made “a tremendous effort,” had apologized to the NUS for past actions, and demonstrated collaboration on constructive student initiatives.

Following graduation, Star relocated to Kamloops BC, where she worked as Charge Nurse in Rehabilitation at the Royal Inland Hospital, holding that role until she took up a teaching position as instructor at Cariboo College (which later became University College of the Cariboo, and was ultimately renamed Thompson Rivers University).

Star came back to UBC as a part time student, commuting from Kamloops to complete her MSN, in 2001, with a focus on nursing education. She was involved in creating the collaborative Master’s program, an initiative between UBC and Thompson Rivers University where students could complete some of their MSN studies in Kamloops. Star was one of the first faculty members to teach in this program and she served as a UBC Visiting Professor there from 2004-2010 teaching the nursing knowledge course and was co-supervisor of several major paper and thesis committees.

In her faculty position at Thompson Rivers University, Star has been a champion for nursing educational development with a particular interest in supporting student progress. She has been a leader in developing curricular supports for Indigenous nursing students and for ensuring cultural safety in the classroom and throughout the curriculum. She has been mentor and guide to numerous undergraduate and graduate student projects and initiatives, several of them attracting awards. Her own excellence as an educational leader was recognized at a national level with the Canadian Association of Schools of Nursing’s Award of Excellence in Nursing Education in 2010.

In addition to her educational leadership excellence, Star has had an impressive career in research and scholarly activity. Among the funded research projects she has led are such creative projects as Understanding and Supporting the Career Paths of Aboriginal Nursing Graduates and (with Dr. Lisa Bourque-Bearskin) Indigenous Knowledge in Nursing: Coyote’s Teaching. She has published numerous papers on both nursing education and cultural safety, and presented at numerous conferences and forums, including the Aboriginal Nurses Association of Canada National Forum.

True to form, as her early years at the UBC School of Nursing foreshadowed, Star’s career has been one of passion for using nursing’s voice to make a difference to those whose voices are not always heard in our society. She has capitalized on her knowledge and skills as a nursing leader to prepare a next generation of nurse activists, and nurses who are unafraid of stepping forward to speak out against inequities and injustices in our society.

Star’s time at UBC left an indelible mark on the university and the School of Nursing. Her story will remain part of the School’s remarkable history. And she is glad to know that the School continues to champion social justice and equity action, wherever it occurs. Nursing’s influence on the culture and ethos of the Faculty of Applied Science, which now includes not only engineers and nurses but also architects and community planners, has been one that resonates with the kind of social relevance and commitment that Star Mahara emulated. She will always be remembered as a powerful influence on what the School stands for. 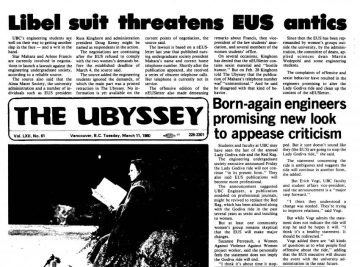