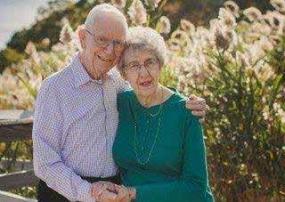 Beth Fitzpatrick – a Vancouver native raised in the isolated pulp mill town of Woodfibre – graduated UBC with a BScN in 1955. Soon thereafter, she began work with the Victorian Order of Nurses as a staff nurse for four years, during which time she began to show not only an aptitude, but also a passion for maternity care. After this brief stint of practice Beth returned to UBC, this time as an instructor for another eight years. A full ten years after her UBC graduation, however, Beth was itching to learn more about nursing.

Having already obtained both a Bachelor of Science and certification as a Registered Nurse through the BScN program, Beth decided to challenge herself further and graduated from Yale University’s School of Nursing with a MSN and certification in midwifery in 1967. It was at that point that Beth had to face a decision: to stay in the U.S. where the combination of her BScN and her new MSN opened countless doors or to return to BC where she was born and raised. In the end, Beth chose to remain in America and married John Fitzpatrick five years later, acquiring in the process “a ready-made teenage family”.

With her new degrees and her new family, Beth’s career in Connecticut flourished. She became the first nurse-midwife in the city to join a hospital’s medical department of Obstetrics and Gynaecology and was also appointed the director of Preparation for Childbirth and Parenthood Program at the Yale NewHaven Hospital. Her qualifications and, moreover, her sheer talent was breaking barriers across the field of medicine. This is no better evidenced than by her nine years of work in obstetrics when the field was only budding. Beth’s community service didn’t end with practice, however, as she also founded and co-ordinated the East Haven Community Food Bank.

Later, Beth found herself once again sharing her knowledge and (now even greater) wealth of experience with young nurses and nursing students – this time as an Associate Professor at the Southern Connecticut State University’s School of Nursing. In this position she continued to teach maternity and obstetrics, eventually earning herself a tenured position at the School.

In 1988, and following her husband’s retirement, Beth moved back to Squamish, BC and back to her alma mater. She re-joined the UBC community as an adjunct professor and even became an obstetrics educator at the Richmond General Hospital for several years.

Beth has now joined her husband John in the world of retirement and they have since moved back to Connecticut to be closer to family while still remaining close to the ocean.

Though she is now on the other side of the continent, Beth has left a lasting impression on UBC and the province as a whole, having provided the content that won the BC Historical Federation Best Website Award for the BC History of Nursing Society.

Beth’s extensive body of work and the knowledge she has imparted to her fellows nurses is greatly appreciated by all touched by it.