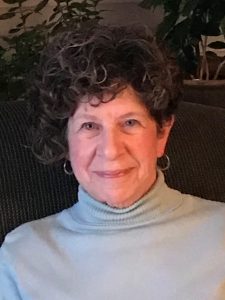 Sara grew up in Beausejour, Manitoba, a small town of about 3,000 people. A good friend of her mother was a nurse and she was Sara’s initial role model and inspiration for a career in nursing. After completing her undergraduate degree in Nursing at the University of Manitoba in 1977, Sara’s first job was with the Medical Services Branch of Health Canada (now First Nations Inuit Health), and she worked in several different Indigenous communities in the north-western part of British Columbia.

Sara also had a desire to do international development work and was fortunate to get a position with CUSO (Canadian University Service Overseas) International in Ghana working at a small hospital and outpatient clinic. It was an incredibly rich and rewarding experience and Sara continues to maintain some contact with CUSO, and has gained a greater appreciation for how connected local and global health issues can be.  She went on to work at BC Children’s Hospital in Vancouver, community health in Vancouver, public health in Winnipeg and finally teaching at the University of Manitoba.

During her years in Vancouver, Sara completed her Master of Science in Nursing at UBC, graduating in 2002. It had been a very long time since her undergraduate degree and she was initially quite overwhelmed with the expectations of a graduate program. However, it turned out to be a very positive experience and she was excited to study and explore nursing in more depth. Although it was challenging, she learned to examine the literature and write at a scholarly level and gained a much better appreciation for research and its critical role in nursing practice. During the program, she was able to explore concepts such as partnership, social justice and community development and how they linked with nursing. She was then able to apply this knowledge in her nursing work, particularly in public health, and again later when she began teaching.  She felt that she became a better critical thinker and was particularly inspired by professors Wendy Hall and Sally Thorne as they both challenged and supported her in her educational journey. 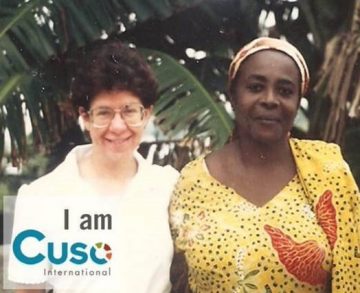 Sara with CUSO in Ghana

Volunteering has always been part of Sara’s life and she credits her parents for being role models and instilling in her a desire to contribute to and participate in the community. Particularly important to her was her volunteer work with Big Brothers Big Sisters of Winnipeg. She was a Big Sister for about eight years and, even since leaving the organization, continues to maintain a relationship with her little sister some 10 years later. In fact, she has become a valued friend, who Sara admires and loves. Sara was one of the initial co-founders of the Community Health Nurses of Manitoba (CHNM) and was co-chair of that group from 2012 to 2019. CHNM is a nursing interest group affiliated with the Association of Regulated Nurses of Manitoba (ARNM) and the Community Health Nurses of Canada (CHNC). The group had many achievements in providing a forum for continuing education, application of community health nursing standards and supporting nurses to share their practice stories. However, of particular note was the production of a video to commemorate 100 Years of Public Health Nursing in Manitoba (completed in 2019).

Sara retired from nursing in 2019, but with the COVID-19 pandemic has renewed her nursing license and has been doing part-time work with the COVID -19 immunization program as well as assisting the U of M Nursing program as they support students navigating new processes related to COVID-19.  She has been with her partner, Bob Buck for 18 years. Bob has two grown sons who have been an important part of her life and have helped her to learn and grow.

Reflecting back, Sara reports that she loves nursing and values all of the many experiences and challenges and struggles she has encountered along the way. She feels incredibly lucky and privileged to have worked in a variety of settings with other health professionals, organizations, amazing people and communities. In every part of her diverse nursing career, she has been privileged to have learned so much.