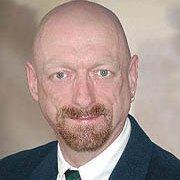 Barney Hickey, RN, BSN, MSN, CPMHN(C) earned a diploma in nursing from the General Hospital School of Nursing in St. John’s, Nfld in 1982. He immediately moved west, taking up staff nurse positions on a psychogeriatric unit at Rosehaven Hospital in Camrose Alberta, an acute medicine unit at Mission Memorial Hospital in Mission, BC, the float pool and later the short stay psychiatric unit at St. Paul’s Hospital in Vancouver. In 1988, he took on a head nurse position at the Regional Psychiatric Centre of the Correctional Service of Canada in Abbotsford. After doing a one year position as registration officer at the Registered Nurses Association of BC in 1990-91, he went on to become patient care manager in psychiatry at St. Paul’s Hospital. In 1996, he completed his post-RN BSN degree at the University of Victoria, and in 1998 began work with the Dr. Peter AIDS Foundation integrating progressive harm reduction policies into the Dr. Peter Centre’s day health and residential programs. This included supervision of injections when the RNABC confirmed that supervision of injections is within the scope of registered nursing practice in order to prevent illness and promote health. In 2002, he completed his MSN at UBC School of Nursing, writing a major essay on “HIV/AIDS psychosocial issues: implications for nursing practice and leadership in Canada.” From 2005 to the present, he specialized in nursing education in a faculty position at Langara College. Along the way, he also gained National Certification from the Canadian Nurses Association in Psychiatric Mental Health Nursing.

Barney was recognized as a “colourful character” by all who knew him. He was a tireless and persistent champion for optimizing care for marginalized populations, both locally and at the national level. Open and public about his own longstanding HIV-positive status, he maintained an active engagement in both professional and public advocacy activities in relation to the population affected by HIV throughout his career. Beyond his paid professional employment, Barney was always actively engaged in advocacy work on behalf of HIV/AIDS issues. He was a member of the Canadian Association for HIV Research (1994-2002), and the US Association of Nurses in AIDS Care (1995-2002), a Board Member of the Canadian AIDS Treatment Information Exchange (2002-2004), and the Canadian Association of Nurses in AIDS Care (1996-2007).

He was a visionary, an idealist, and also a pragmatic realist. He was willing to push boundaries, champion causes, and bring difficult and sensitive issues to public attention. At the same time, he was always exceedingly mindful of his responsibilities as a health professional and a community role model.  He had a marvelous sense of humour, solid core values based on decency, human respect and his Newfoundland roots, and was a reliable and trustworthy advocate for the disaffected within society.

Barney received many acknowledgements (professional and otherwise) in his life. Among those he was most proud of were the Award of Excellence from the Canadian Association of Nurses in AIDS Care (2001) for “exceptional contributions to the development of HIV/AIDS nursing care in Canada,” and the Award of Excellence for Nursing Practice (2002) from the Registered Nurses Association of BC. He was also quite delighted to have been named by the gay men’s community “Mr. Vancouver Leather” in 2003.

During the last several months of his life, Barney was on medical leave, dealing with various health issues that eventually progressed to include the lung cancer from which he was unable to recover. On June 30, 2012, he married his partner of 19 years, Jan Meyers. On July 9, 2012, he died peacefully at home at the age of 52. As per his request, his ashes were scattered over English Bay.

In the days following his death, several community groups posted obituaries in memory of Barney’s remarkable life. In one of these, his friend Reive Doig captured the dedication that epitomized what Barney Hickey brought to the community:  “Barney was at heart a nurse. He had that nurturing nature and he seemed to bring that to every aspect of his life.”