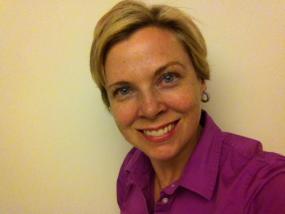 I wasn’t sure what I wanted to do instead though. So, I took a year off after finishing my science degree. While working a part-time job and volunteering as a ski patroller, I read “Closer to home” a 400-page Royal Commission report by Justice Peter Seaton. The report provided recommendations on how best to deliver health-care services in British Columbia. I was blown away. There were people in this country whose jobs were to think about and advise others on the best way to organize the health-care system. I wanted to do that! Asking and answering big questions about the best way to deliver services to citizens? That sounded cool! And that was the beginning of me becoming a policy wonk.

I figured the best way to become a policy wonk, was to do a degree in nursing. It would give me the rounded knowledge of the health-care system and determinants of health that I would need to develop health policies. I thought I’d graduate, work as a public health nurse for a while and then, apply to the provincial government for a policy job. I can tell you this; no one else in the nursing class of 1996 was planning to do this. In fact, no one had any idea what I was talking about.

But along the way, I took a job as a research assistant. I had the immense fortune of working and studying under UBC School of Nursing professors Joan Bottoroff, Joy Johnson, Pam Ratner and Barbara Paterson. Under their influence, I began to think about graduate studies. After doing a self-directed studies credit with Alison Rice, where I studied the art of policy making and collaborated with Jane Ellis of the then Registered Nurses Association of British Columbia to revise the policy statement on self-employed nursing, I applied to study social policy at Brandeis University in Boston, Massachusetts. In my PhD, I examined how the federal government made decisions on whether to compensate people who had contracted HIV or hepatitis C from contaminated blood. I was really hooked on becoming a policy wonk.

After graduation in 2004, I started out working for the Canadian Healthcare Association and the Canadian Nurses Association. I advocated to the federal government on behalf of nurses and other health-care workers for policy changes. I worked on issues like public health, health human resources, environmental health, pharmaceuticals and health-system funding. I was proud to advocate for resources for nurses to protect themselves in the H1N1 outbreak.

After six years as a lobbyist, I joined the federal immigration department, where I’ve worked since 2010. I love the challenge of providing my best evidence-based advice, while helping the government to implement their vision. I use my nursing knowledge to advise on policies and programs related to refugee health and the health screening of immigrants.

I’m fascinated by the challenge of governance. Whatever the party stripe, all governments earnestly attempt to articulate and implement their vision of good public policy. While I have no plans of running for office myself, I feel the utmost respect those who accept the call to public office.

I find the policy making process immensely interesting and exciting. Often times, policy change moves more slowly than I would hope. And when the changes you help to put in place are not well received by the public or are criticized by the media, it can be hard not to take it personally. Working through problems and proposing solutions is intellectually stimulating and I take pride in helping to effect change.

I am thankful for the opportunity afforded me as a public servant of contributing to the process.

Now, after nearly 14 years as a policy wonk, I am beginning to think about the next move. Maybe I will finally go into public health nursing or give back to the nursing community by taking up teaching.