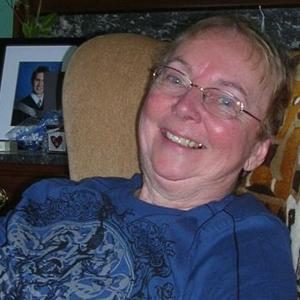 Joan was born in 1937 into a family of pilots. Although she wanted to follow in her father and brothers’ footsteps and become a flight attendant, she could not do so because she wore glasses. At the time nurses could get jobs almost anywhere, a career prospect that could enable Joan to travel and see firsthand the faraway places to which her kin flew.

Joan entered the nursing degree program at UBC in 1954. As part of her nursing degree, first year was comprised of mandatory math and science courses and Joan excelled; as she said, “math was fun!” Her mathematics professor and UBC Registrar, Mr. Parnell, suggested Joan to pursue honors mathematics, but she was not interested in teaching, nor was she interested in being a pioneer woman in the male-dominated field of engineering and the possibility of computer science was yet to come. Upon completion of the practical training at Vancouver General Hospital, Joan achieved the third highest mark in the provincial Registration Exams. A graduate of the UBC School of Nursing class of 1959, nursing remained Joan’s chosen profession, and over a nearly forty yearcareer she made noteworthy contributions to long termcare in BC and in particular, to nursing care in the northeast region of the province.

In 1968, Joan returned to nursing, setting up an in-service training program for staff at St. Joseph’s hospital in Dawson Creek. She was one of few nurses in the community with a degree in nursing, often requiring finesse to nurture change without creating conflict. From 1964 to 1974 she chaired the Education Committee of the local chapter of RNABC. With the help of the local Northern Lights College and UBC she developed library resources and interdisciplinary workshops on matters such as sexuality, suicide prevention and the concept of the ICU before they were the norm.

Joan was involved with the care of the elderly before the term ‘gerontology’ was common. Her nursing work and interests moved into the area of aging, which was to be her central focus for the rest of her career, when Joan began working at Pouce Coupe Extended Care Hospital in 1972. Pouce Coupe is a village near Dawson Creek. She was responsible for preparing the extended care hospital for accreditation. They received full accreditation on their first survey, an achievement unheard of at the time. Joan became the Assistant Director of Nursing in 1975.

In the early 1970s Joan was selected by the RNABC to develop a teaching tool on the effects of aging and eventually she created workshops for adults on aging that were presented by Northern Lights College for interested adults in the community. They were well attended for a number of years.

Three years later she began work towards what was to be her major contribution, long-term care. With the experiences of public health nursing, acute and extended care nursing and nursing administration behind her, Joan became Acting Long Term Care Manager for the Peace River Health Unit, the northeast sector of BC, in 1978. An emerging program at the time, it had a clear mandate to help people with long term health problems obtain the support they needed to remain in the community. Later Joan was one of two long-term care administrators who assumed the dual responsibility for long-term care and home nursing care. This proved to be a hard sell for those health units where there were separate administrators for these programs. Eventually, however, home support services, long term care, home nursing care and home physiotherapy was amalgamated into a single Continuing Care Program. With a professional staff of 28 and a clerical staff of seven, in five offices throughout the region, Joan was responsible for managing the Continuing Care Program for the entire northeast region of the province. This was often challenging because the program was funded per capita; the northeast region consisted of over 20% of land area but only 2% of the population. Joan’s synergistic leadership style, ability to organize, creatively solve problems, collaborate with others, and develop community-based solutions that met the health needs of rural and remote clients contributed to her success as one of 17 Continuing Care Managers in the province. Her belief in the value of home care and support services was substantiated in a classic study by Marcus Hollander which used administrative health care utilization data from Joan’s region (and one other) to show clearly that providing even small amounts of home support services to maintain clients in their homes was cheaper for the government in the long term than discontinuing such maintenance services as prescribed by policy changes at that time that were implemented in 15 other regions in the province.

Recognized as being articulate, Joan sat on a number of provincial committees, the most notable of which was a Northern and Rural Task Force (NRTF) created in 1994 by then Minister of Health, Paul Ramsey. The Health Boards of each designated region nominated a representative and Joan was the choice for northeastern BC. Interestingly, she was the only member of the task force who was also a government employee. The NRTF became a formidable group, even engaging the Freedom of Information Act to gain access to financial data. They produced a report within the year with Joan as the primary scribe, working as she put it “off the corners of her desk.” One of the recommendations of the report promoted the University of Northern British Columbia in Prince George as a centre of excellence for health education and research for rural and northern regions. Joan also sat on the Seniors Advisory Council of BC, representing her region and advising the provincial government on issues and priorities among older adults in BC.

When health care was transferred to Regional Health Boards in 1997, Joan chose to retire. Finally, she had time to travel! She traveled widely through the north and into Alaska, visiting many of the places her father had flown as a bush pilot in the 1930s. She traveled also to Cuba, Mexico, Nepal, New Zealand, England, Denmark, Norway, and many cities in Canada and the USA. After 44 years in Dawson Creek, Joan moved from the north to the warmer climate of Victoria BC. She enjoys spending time with her two children and seven grandchildren. Joan’s legacy continues, as her passion for advocating for health and social care for older adults has passed to her daughter Jacquie who works in research on aging, policies and practice at the University of Alberta.