Helen Niskala was born July 26, 1929 in North Bay, Ontario, and attended Jarvis Collegiate in Toronto. She graduated with a Diploma in Nursing from Toronto Western Hospital in 1951, where she worked from 1952 to 1957. She spent the 1957-58 year at the National Hospital for Nervous Diseases in London, England, as a post-graduate student. 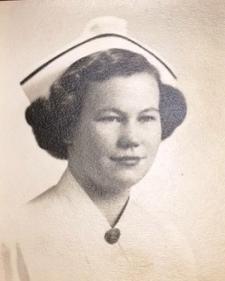 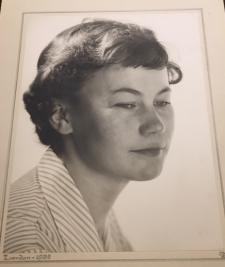 1958 – at National Hospital for Nervous Diseases in London, England

From 1958-1963 she was an Auxiliary Medical Nurse for the Royal Canadian Air Force while also working at the Ottawa Civic Hospital in a variety of roles including clinical instructor and head nurse. She graduated from McGill University with a BN in 1964. This was followed by a move to the University of British Columbia where she was a clinical instructor from 1964 to 1968. Helen received her MS from The University of California in San Francisco in 1969, and until 1972 worked at the UBC Faculty of Education as a research assistant to Dr. Coolie Verner. She subsequently relocated to the University of Alberta in Edmonton as an Assistant and then Associate Professor from 1972-1975 and, returning to BC, completed her Doctorate in Adult Education from the University of British Columbia in 1976. The title of her UBC thesis was “Learning Needs of Persons on Home Hemodialysis.” From 1976 to 1982, she was Director of Education Services for the Registered Psychiatric Nurses Association of BC (which was the combined regulatory body and professional association), helping that organization develop a more effective administration and management group than had previously been the case. Morrie Steele recalls that she was a marvelous mentor to those who were striving to advance the profession of psychiatric nursing at that time. 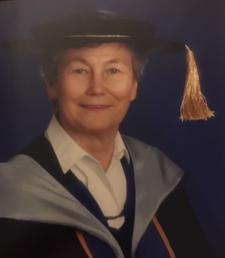 Helen recommenced employment at UBC in 1982 and was appointed as Associate Professor. Her special research interests included treatment of adults and the elderly with long term health problems, particularly in community settings. Her teaching responsibilities included Advanced Nursing Care, Guided Study in Nursing, Clinical Specialization I and II, Teaching in Clinical Nursing, and Nursing and the Delivery of Health Care. She supervised a number of master’s students who went on to stellar leadership careers. By virtue of her special expertise, Helen was also invited to engage in various consultancies over these years, in BC, in other Canadian provinces, and internationally, including UK and Finland.  She was active in research and publication, securing research grants from the Social Science & Humanities Research Council, the BC Ministry of Labour, and the Multiple Sclerosis Society, to name a few.

Helen spent time in Finland in the fall of 1988 on a World Health Organization Fellowship. The following year, she was presenting a paper entitled “Use of small group activities to learn about coping with long term health problems” at a WHO-sponsored International Nursing Conference of China in Beijing at the time of the historic events at Tiananmen Square in June of 1989.  Helen’s niece, Marlene Niskala, recalls that Helen later reported that she had been safely settled in the consulate building and was given no information on the student protest taking place. Naturally, her brother was frantic until she was safely home. 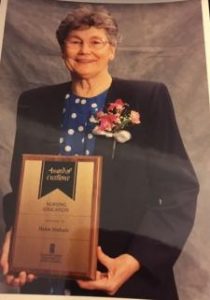 In addition to her academic involvement, Helen maintained a lifelong commitment to organizations whose aspirations were to build a better world for all. For example, she was a longtime member of Amnesty International, the Canadian Civil Liberties Association, and the Social Planning and Review Council of BC. After retirement from the School of Nursing in 1995 as Associate Professor Emerita, Helen remained active and engaged in many School gatherings and events. Glennis Zilm notes that Helen was a founding member of the BC History of Nursing Society, and did a lot to promote the history of nursing. 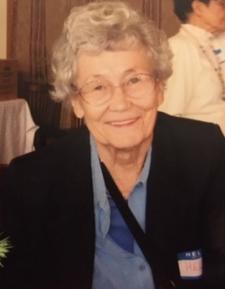 Helen died in Vancouver on November 30, 2018. She will be fondly remembered for her professionalism, her excitement about the great potential of nursing scholarship and research, her kind and supportive mentorship of junior colleagues, her great enthusiasm for the expanding internationalization of nursing, and – of course – for her great love of her Finnish heritage.

Sources Include: Description of Helen’s career in the BC Nursing of History Society’s Archival Fonds: https://www.bcnursinghistory.ca/archives/nurses/dr-helen-niskala/