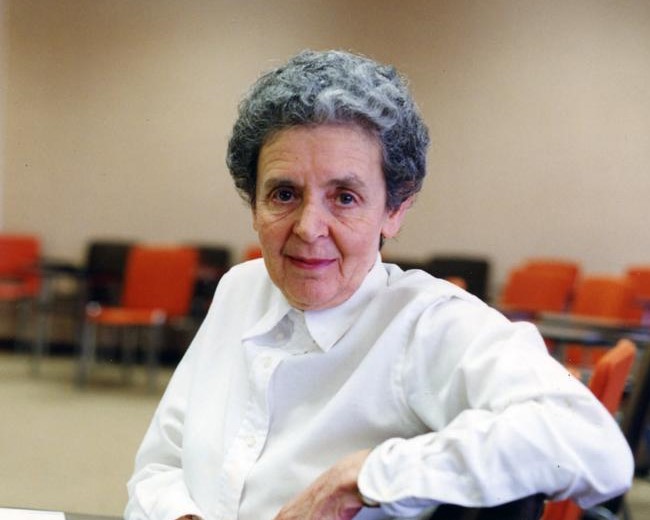 Born and raised in Switzerland, Judy raised her children in Toronto and obtained her BScN at the University of Toronto. Relocating to Vancouver, she became a Lecturer at the UBC School of Nursing in 1980, obtained her MA in Adult Education at UBC, and was then appointed to the tenure track faculty at the rank of Instructor in 1981. In that role, she taught as a member of the second-year teaching team and launched her program of nursing educational research as well as scholarship within her substantive clinical fields of infant care and public health. She was promoted to the rank of Assistant Professor in about 1982. Mandatory retirement requirements of the time seem to have forced her official retirement from that tenure track position by about 1990. However, as a fierce proponent of active aging, Judy fought the university regulations and found her way back into teaching in a “post-retirement” sessional capacity until at least 1994, when the university records her formal retirement party (according to UBC archives). Mandatory retirement at age 65 was not abolished at UBC until 2008, so Judy was clearly ahead of her time, and her contribution to the School of Nursing highly valued. She continues to be active in research and publishing until at least 1997.

One of Judy’s most notable contributions to the academic knowledge base derived from instrument development in relation to teaching effectiveness (a challenge that is still relevant in 2021). UBC Nursing’s Newsletter UBC Nursing Today for Dec 1982 reports that Judy Mogan and Janet Knox had received an $800 Humanities and Social Sciences Grant for their design of an evaluation tool for measuring clinical teaching effectiveness.  The pair published an initial paper arising from that work, entitled “Students’ perceptions of clinical teaching” in Nursing Papers (the earlier name of what is now the Canadian Journal of Nursing Research) in 1983. In 1985, they published a second paper, “Important clinical teacher behaviours as perceived by university nursing faculty, students and graduates,” in the Journal of Advanced Nursing. Two years later, in that same journal, they published “Characteristics of ‘best’ and ‘worst’ clinical teachers as perceived by university nursing faculty and students.” In these two Journal of Advanced Nursing papers, Mogan and Knox had described a new measurement instrument they had developed — the Nursing Clinical Teacher Effectiveness Inventory (NCTEI). That pair of papers has been cited frequently in the literature and, according to UBC School of Nursing Director Elizabeth Saewyc, requests still come in to the School these many years later for permission to use that tool. As Dr. Saewyc notes “when you come up with something that remains consistently useful and relevant beyond your years as an educator and scholar, that’s a legacy! The instrument developed by Mogan and Knox is now housed in UBC Open Collections at: https://open.library.ubc.ca/cIRcle/collections/facultyresearchandpublications/52383/items/1.0084583

Judy also published papers as a result of her work in infant development and its implications for public health nursing.  “A study of mothers’ breastfeeding concerns” published in Birth in 1986, and “What can nurses learn from structured observations of mother-infant interactions?” in Issues in Comprehensive Pediatric Nursing in 1987. She had a particular interest in obesity prevention in young children, publishing papers such as “Obesity: Prevention is the treatment” in Patient Education and Counselling in 1984, “Behavioral treatment of obesity: the occupational health nurse’s role” in Occupational Health Nursing in 1984,  and “Prevention of childhood obesity” in Issues in Comprehensive Pediatric Nursing in 1986. She also continued her involvement in nursing education research over the years, including a paper with Sally Thorne on “Injection giving: the effect of time lapse between learning and actual practice on student confidence”, published in Nursing Papers in 1985, and continued work on assessment of clinical teaching effectiveness in projects with Ethel Warbinek, including one published in Journal of Advanced Nursing in 1994 “Teaching behaviors of clinical instructors: An audit instrument.” As Ethel recalls, “I enjoyed working with her over the years. She had a keen mind, was a dedicated nurse and a strong advocate for the importance of clinical teaching.” And even after retirement, was continuing to work with colleague Ruth Elliott, co-authoring a paper on “Early infant crying: Child and family follow-up at three years” in Canadian Journal of Nursing Research in 1997. A further listing of Judy’s legacy to the scholarly literature can be found here: https://scholar.google.com/scholar?hl=en&as_sdt=0%2C5&q=judith+mogan&btnG= 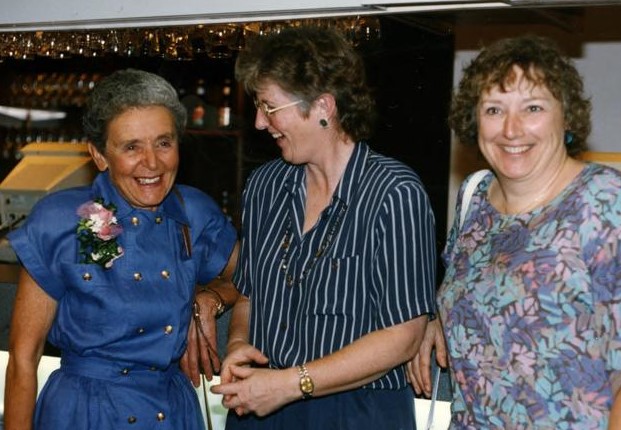 In addition to being a scholar and passionate educator, Judy was an excellent colleague and friend to many in the School of Nursing.  Lynne Esson also has fond memories. “She was a positive role model and mentor to me in my career.  She had such an energy and zest for life.” Paddy Rodney similarly remembers Judy as “a vibrant spirit.” And Betty Davies writes “I remember her as a sprightly person filled with ideas.” Wendy Hall notes that “She was my preceptor for the clinical education course in the MSN program and we worked together on a research study examining test weighing preterm infants and maternal confidence and competence with Jonathan Berkowitz published in 2002. Roberta Hewat recalls that she and Judy “shared the love of the Parent-Child Interaction Program established by Kathryn Barnard at the U. of Washington. We attended many of the conferences together.  Judy was always a fantastic roommate as well as a wonderful person to discuss and share thoughts with in regard to mother-infant interaction, maternal/maternity issues, current research, and teaching research to nursing students.”

Alison Rice remembers “how determined she was in maintaining her fitness, heading off to the pool at noon while most of us headed to the cafeteria.” Judy was an energetic and high-spirited champion of physical activity and health, and continued to ride her bicycle everywhere after her retirement from UBC. On one occasion, she was hit by a transit bus while riding in downtown Vancouver. Although she had serious injuries from that collision, she recovered and continued a very active retirement. Recalling that incident, Alison describes Judy as “A force of nature in her time,” and to Linda Leonard, this incident characterized Judy as “an example of resilience personified!”  Linda also recalls that “Judy so enjoyed the concerts of Early Music Vancouver.  In her latter years Susan, her wonderful daughter, would accompany her to the Chan Centre or the downtown venues. Her face would light up when she recognized one of her nursing colleagues at the concerts and she would let us know how she was doing.  She made it clear that she did not want to be a burden on Susan for caregiving so made the decision to move to Louis Brier Care Home.” Indeed many of her UBC colleagues recall how absolutely dedicated Judy always was to her beloved family.

Colleagues at UBC School of Nursing were therefore sad to hear, via her former colleague Cheryl Entwistle, that Judy had died on May 12, 2021, in Vancouver at the age of 97. She will be remembered as a cherished colleague, scholar, and friend.