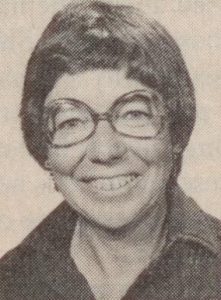 In 1975, Sheila joined the UBC School of Nursing faculty, recruited into the position of Assistant Director (General Administration) at the rank of Associate Professor. On the basis of her work at Western, she was a seasoned researcher, educator and administrator, and during the era of School Director Muriel Uprichard, held one of two Assistant Director positions (the other was Dr. Margaret Campbell, who was Assistant Director for Curriculum).

Among the many leadership roles Sheila played in the School, she was actively involved in the development and evaluation of the MSN program. Among the features of the program at that time was a path toward a focus on clinical specialization. The UBC MSN program was revised to allow students to choose to do a research thesis or to complete a major paper and comprehensive exam. This second option required fewer research courses, making it possible for students to take a range of clinical courses leading to specialization. Since Canadian MSN programs of the time focused on preparing learners for roles in teaching or administration, this clinical focus was unique in Canadian programs of the day and became a forerunner for the Clinical Nurse Specialist programs that followed. 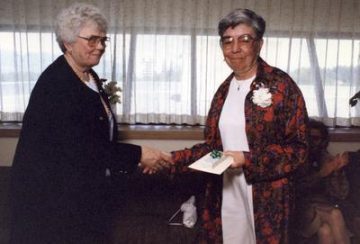 Sheila was an active researcher during her time at UBC. The topics she studied were of topical interest to the development of the profession of nursing and of schools of nursing across Canada. An example is a key paper for which she was a coauthor on Accreditation of Nursing Programs in Canada, published in the Canadian Journal of Nursing Research (1992) https://cjnr.archive.mcgill.ca/article/view/1152

She also supervised and mentored a significant number of master’s students, both in the nursing administration and research methods courses she taught and in thesis supervision. Among her many former students who went on to develop prominent careers in nursing was Sally Mclean (BSN’75, MSN’81) whose work developing nursing internationally through the Canadian Nurses Association and many other organizations has been noted in the BC nursing history: https://bcnursinghistory.ca/dvteam/sally-anne-maclean/

Some documents pertaining to Sheila’s career at UBC Nursing have been retained in the BC History of Nursing Society’s collection: https://bcnursinghistory.ca/dvteam/stanton-sheila/ and her obituary appeared in the Vancouver Courier: https://www.legacy.com/obituaries/vancouvercourier/obituary.aspx?n=sheila-moreen-stanton-creeggan&pid=186665283